»  » Upgrading Software: What Video Games and Printers Have in Common

Upgrading Software: What Video Games and Printers Have in Common 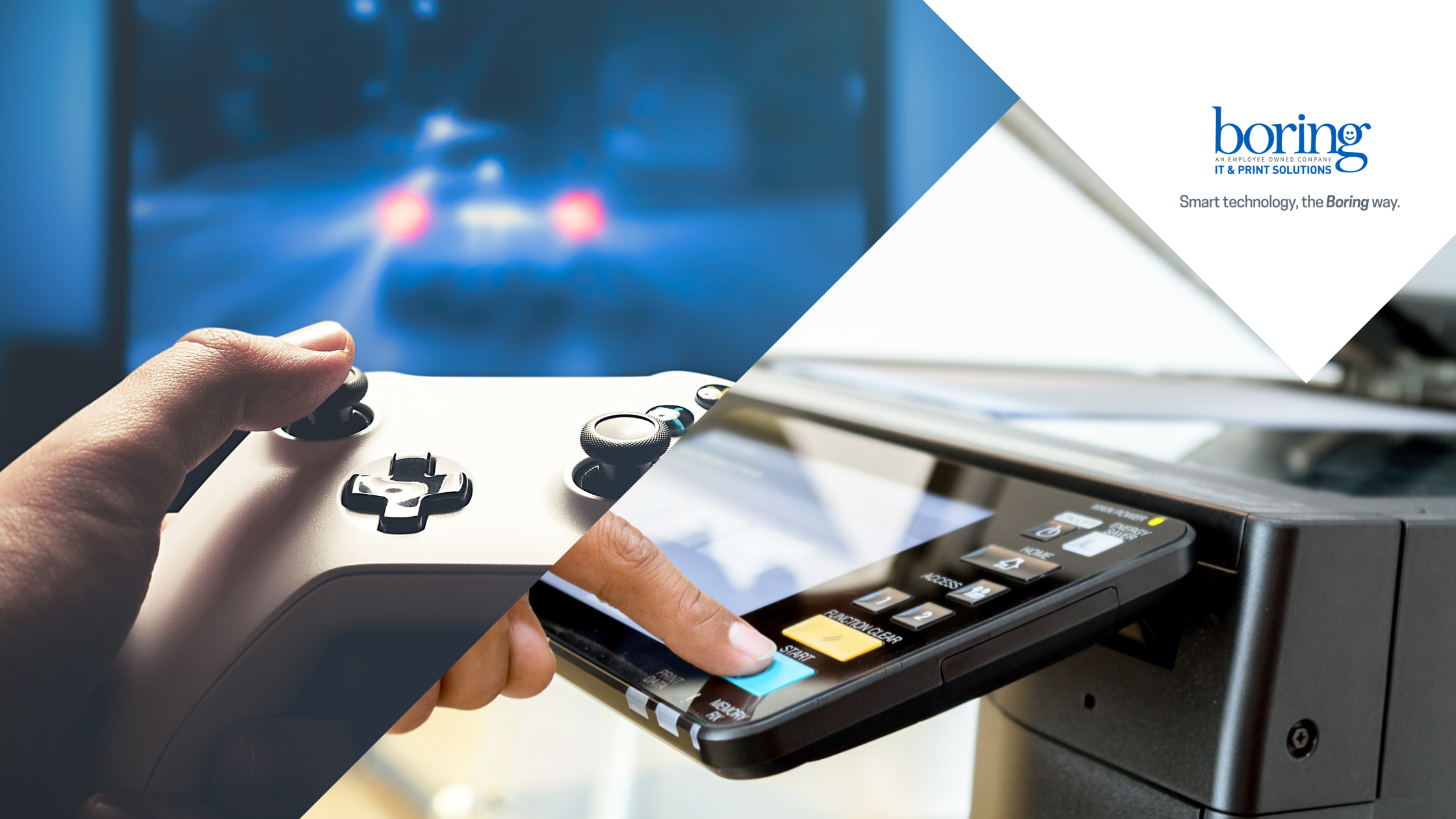 FIFA, Madden NFL, and NBA2K are some of the world’s most popular and longest-running multi-platform video game series, year in and year out.

Why, though? Whether it’s FIFA 14 or FIFA 21, the game’s premise doesn’t change. It’s still: kick the ball between the white posts, and red cards are bad. But players still upgrade every year to the latest version.

Hold up, what exactly do football, soccer, and basketball video games have in common with printers? Well, updating software is similar to updating a video game. It’s got a pretty new face, but the core purpose remains unchanged.

Time to level-up your software

Upgrading software is easy to put off. Anybody who’s ever hit ‘Snooze’ on their OS update will agree.

I want you to think of upgrading your software as leveling up your software. You want to download a new version of software with the same excitement of updating a video game.

In this particular case, I’m specifically talking about leveling up to our latest release, PaperCut 21.1.

In video game terms, if you’re still rocking older versions of PaperCut, there are years of EXP points you’re not getting your VR gloves on.

Speaking of, the absolute oldest PaperCut versions you can possibly be running right now are 17.0 and 18.0. But not for much longer. We recently announced the end-of-life (EOL) for PaperCut MF and PaperCut NG versions 17 and 18.

PaperCut MF and PaperCut NG 17.0 were actually scheduled for last year, but that deprecation was extended in response to the pandemic. We wanted to give businesses some breathing room and didn’t want to pile on in the middle of a global health crisis.

However, it’s gotten to the point where we need to say goodbye to version 17, so it will reach end-of-life at the same time as version 18’s originally scheduled deprecation. The end-of-life for versions 17 and 18 will occur on September 30th for customers without current PaperCut Maintenance & Support (M&S), and on December 31st for customers with current M&S.

Why is updating software versions important?

While it looks like we’re deprecating two versions at the same time, one is behind schedule, and the other is sticking to schedule. If you haven’t upgraded to 21.1 by that time, your PaperCut software will be out-of-date. It will still work, but it won’t be fully supported.

We’ve written before on why tech companies End-of-Life their older versions. Stated simply, there is a shelf life on how long we can patch and update older systems. We need to make room for building and supporting new features and functionality.

Continuing this video game analogy (I’m known for driving metaphors into the ground), I want you to think of up-to-date software best practices as providing two levels of benefits…

Hardware rapidly evolves, and software needs to follow suit. But there’s only so much bandwidth engineers and developers have. They need to reduce the number of versions they’re maintaining to ensure the software matches the pace of new hardware.

On top of patches and fixes, sometimes you need to speak to someone directly for help. For PaperCut customers, updating to the latest version includes a Maintenance & Support subscription. Our Support team records enviable NPS rankings (okay, you got me, I’m trying to be modest, objective, and a little bit braggadocious there). By updating your software you’re protected with M&S.

This is the super fun and exciting part of keeping software up to date. You get access to the newest features and enhancements for your print environment. If you’re still running PaperCut 17.0 when you update you’re catching up on 4+ years worth of major build goodies.

It’ll be like going from 2K17 to 2K21, where you’re giddy with all the changes: “Woah, new shot-meter! Cool, new game modes! YAAAAAS, the team roster is current! Woah, Kevin Durant, James Harden, and Kyrie Irving are all on the Brooklyn Nets now?!”

You’ll be happy to hear it’s also a relatively easy jump from your older version to the current version.

Usually, when you reach the last level of a video game, that’s when you face the big boss! Except when you update to PaperCut 21.1, that’ll be you, you’ll be the boss!

So look at the task of upgrading each year as embracing your destiny and exiting off-screen right onto a new and exciting adventure.

Interested in learning more about Papercut, one of our document management solutions? Give us a call or shoot us a message here: https://boring.com/contact/