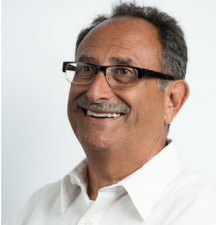 It is with heavy hearts that we must announce the passing of Jim Altadonna, who joined Boring’s Imaging Sales Team in 2013 after many years in the industry.

Jim Altadonna, age 67, passed away from heart failure at his home in Lakeland on Monday December 1, 2014. Born June 8, 1947 in Centralia, IL, he was the son of the late Jasper and Mary Margaret Altadonna. Jim began his career working in the family grocery store and then moved on to work as a Business Owner / Sales Executive in the Digital Office Equipment Industry for over twenty years.

He was a wonderful father and devoted family man. He enjoyed being in the sun, cooking, good cigars, and spending time with family and friends he cared for so much. Jim is survived by a loving family that includes two daughters: Tosha Bollent (Dave) of Apollo Beach, Maria Lauder (Johnny) of Walnut Hill, IL, three grandchildren: Trevor Altadonna, Logan Lauder, and Max Lauder. He also leaves behind his brother Carl Altadonna and wife Pud of Sandoval, IL, the widow of his late brother Frank, Shirley Liddle of Mount Carmel, IL, and many nieces and nephews.

The family will receive friends Friday, December 5, 2014 from 10am to 11am at Whidden-McLean Funeral Home in Bartow. Funeral services will follow at 11:00am at the funeral home chapel. In lieu of flowers, memorials can be made to SPCA Florida in Lakeland at www.spcaflorida.org or a charity of one’s choice.

“Jim brightened every room he entered and certainly brought a lot of laughter and fun while with us,” Dean Boring, owner of Boring Business Systems said. “Jim worked very hard to expand Boring’s Polk County’s MFP business with great success.”

“I first met Jim when I came to Lakeland in 2009 and worked with him starting in 2013,” said Sales Manager Scott Darch. “I always enjoyed Jim’s company professionally as well as personally. He was a true asset to every organization he was a member of including  Boring. I will personally miss Jim and I offer my sincere condolences to all of his family and friends.”

Sales Administrator Sherry Reed remembers Jim as “a good man who loved his family and his dogs and was always ready with a joke or a smile to lift your spirits. Whenever Jim was in the building, he always stopped by my desk to brighten my day or share a funny story. I wish the Altadonna family my sincere condolences for their loss”

Boring’s Controller, Carol Catanzarite, said that “Jim became a friend years ago, and then a co-worker. I know he would want us to smile and enjoy the memories of the love of life he shared with each and every one of us.”

Jim will be missed by many, including all of his coworkers here at Boring, and our thoughts and prayers go out to his family.